It took me about a year after purchasing the book to read Strange the Dreamer, the first book of Laini Taylor’s duology. I didn’t make the same mistake when it came to Muse of Nightmares! After devouring Strange the Dreamer (not only reading it alongside an existing TBR that it wasn’t on, but also reading it all in pretty much one weekend solid) I couldn’t wait for Muse of Nightmares. As soon as I could pre-order a copy, I did. The fact that I got my hands on a limited edition copy with sprayed edges is a bonus!

I pre-ordered Muse and an agonising wait for publication date began. I waited. And I waited.

And then FINALLY… publication day arrived! I didn’t receive my email from my local store to tell me it was available for collection until just before 5pm, so as soon as work was done I bombed it there! No word of a lie. I got about as close to running as I ever will do! That, my friends, says it all. 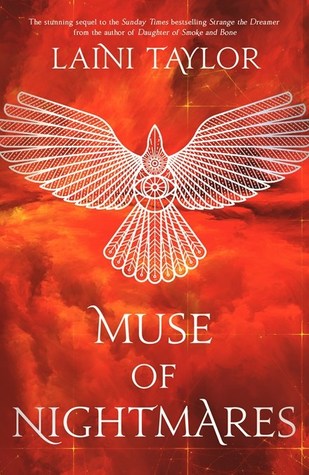 Sarai has lived and breathed nightmares since she was six years old.

She believed she knew every horror and was beyond surprise.

In the wake of tragedy, neither Lazlo nor Sarai are who they were before. One a god, the other a ghost, they struggle to grasp the new boundaries of their selves as dark-minded Minya holds them hostage, intent on vengeance against Weep.

Lazlo faces an unthinkable choice—save the woman he loves, or everyone else?—while Sarai feels more helpless than ever. But is she? Sometimes, only the direst need can teach us our own depths, and Sarai, the Muse of Nightmares, has not yet discovered what she’s capable of.

As humans and godspawn reel in the aftermath of the citadel’s near fall, a new foe shatters their fragile hopes, and the mysteries of the Mesarthim are resurrected: Where did the gods come from, and why? What was done with thousands of children born in the citadel nursery? And most important of all, as forgotten doors are opened and new worlds revealed: Must heroes always slay monsters, or is it possible to save them instead?

Love and hate, revenge and redemption, destruction and salvation all clash in this astonishing and heart-stopping sequel to the New York Times bestseller, Strange the Dreamer.

I started reading Muse of Nightmares pretty much as soon as I got it home – that is how excited I was for it! I took my time reading this second book a little more than I did the first. I simultaneously as wanted to devour and savour the experience.

Strange the Dreamer introduces an already complex, beautiful fantasy world. I pretty much expected Muse of Nightmares to build upon the existing world already established… But to suggest that is the case would be an absolute lie and I would be doing the book no justice. Laini Taylor has developed the tale far beyond the realms of imagination (at least mine anyway, and I would say mine is pretty vivid). The plot far exceeded my expectations and I really enjoyed unravelling the truth of the past and what really happened all those years ago to the city with no known name.

Where Strange the Dreamer focuses on the attraction of Lazio and Sarai, Muse of Nightmares takes a different tack. Instead, Sarai takes centre stage, and through her kinship to her fellow gods we pull apart the myth and uncover the darkest secrets of their existence. The relationships between characters is phenomenal, as can only be expected from Laini Taylor. I’m not a huge fan of mushy romance in books, but O wasn’t pushed away from these books for it. I like the relationship that blooms between Lazlo and Sarai as it stems from a need to belong; a need for companionship. In addition to the characters we are already acquainted with, we are introduced to two sisters… Kora and Nova. Inseparable since children, they dreamed of awakening godly powers and being taken away from their dreary life. When their fates drive them apart, they will stop at nothing to be reunited. The bonds between the characters are strong, complex and built to last.

If there is one lesson that this book can give, I would say that it goes to show the influence of corruption. It’s easy to label good and bad, but in fact there are so many shades inbetween that we all find ourselves within the spectrum. Discrimination is easy when you can villainize the other party. Yet, the children are not their parents. They have been born into a world ( one of many) that victimises them for crimes they haven’t committed. For that, you can’t help but route for them in making their own way. 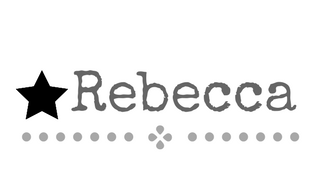 What book blogger wouldn’t proclaim themselves an avid reader?

If found without a book in hand, send for medical aid!

My name is Rebecca; welcome to my humble little blog.

Rebecca’s ReaderRank
Rebecca has reviewed 301 books with an average rating of 4.349 out of 5.
63 people have found Rebecca’s written reviews to be helpful on Goodreads.
See more…